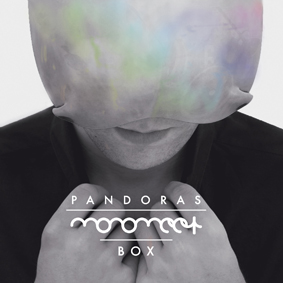 This is an exclusive "Monomeet" Mini Compilation for Clinical Archives.

Just at the beginning of 2011, pandoras.box seem define the state of the art of modern Rock Music. A Soundtrack about a time full of global change, desperation, nervousness, youth and dead future. What the Southern Germany based quintet has on offer on their second album is pop and zeitgeist. But rather of the dark, gloomy, demanding and sophisticated kind. Terms like Spacerock, Shoegazer or Neo Classic spring to mind. Sophisticated arrangements of orchestral strings and subtle piano melodies meet the cold light of flickering laptop screens. PANDORAS.BOX take their time to create moods and sounds but they don’t forget the rhythmic foundations that endow the majestic compositions with a certain lightness.

The quintet fuses common pop instruments with string sections, piano, sampling or eclectic electronica. An associated product designer developed the album design. PANORAS.BOX follow their own vision and a concept that involves a tight, intimate network and the people around them. At the same time they need their dose of sealed off cocooning in their own universe. MONOMEET! No wonder the songs were written in an air raid shelter. The free download album “Barriers” already caused quite a stir with some ten thousand (!) hits and downloads and from early on gave a hint at what to expect from this musical journey. What follows now is the second step.

MONOMEET is about art, about music – music you have to make, music that defines our little weary heads. It´s about searching for alternatives and meeting yourself in truth. This is an album, a documentation of a time of changes – a story. A very personal one. With “Monomeet” the band has created an impressive, mysterious and intimate work that offers enough depth for a prolonged occupation with the music but MONOMEET also has enough brilliance on the surface to inspire on the first listen.

Uploaded by Clinical Archives on April 15, 2011